By Malta Karate Federation | In Achievements, News | on February 9, 2018 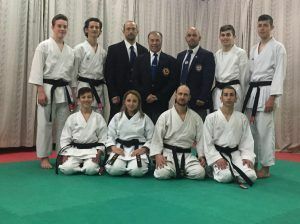 Saturday 3rd February, 2018 was another remarkable day for The Malta Karate Federation due to black belt grading exam which took place at The Mgarr Karate Club with six athletes being awarded Shodan (1st Dan) and two athletes Sandan (3rd Dan).

‘It takes a lot of technical preparation as well as years of commitment and discipline to reach this level. The pillars of Karate are practiced in the Dojo every day and it is what makes a true karateka. We are very happy to honor our athletes’ achievement today’. These were the comments of Sensei James Galea , Technical Director of The Malta Karate Federation.

The successful candidates are:-