Four athletes from Malta Karate Federation participated in Polish Open Championships which were held from the 13th till the 15th October in Bielsko Biala, where a total of 1900 athletes from 28 countries took part.

These four athletes from Zebbug Karate and Fitness Club, aged between 9 and 11 years who were accompanied by Sensei Josef Antonelli, National Kumite Coach, participated in both kata and kumite with some good results.
Gold medal for Team Kumite and Silver medal for Team Kata, both teams made up of Antonelli Thyis, Cauchi Amie and Cunningham Amy. 2 Gold medals and 1 Silver for Thyis Antonelli in Individual Kumite Under 10 and Under 12 and Individual Kata Under 9 respectively. Amy Cunningham placed 5th out of 23 competitors in Individual Kumite under 12 and 7th in Under 14, very promising results.

Overall, the Malta Karate Federation placed 9th at club level and 10th as a country. 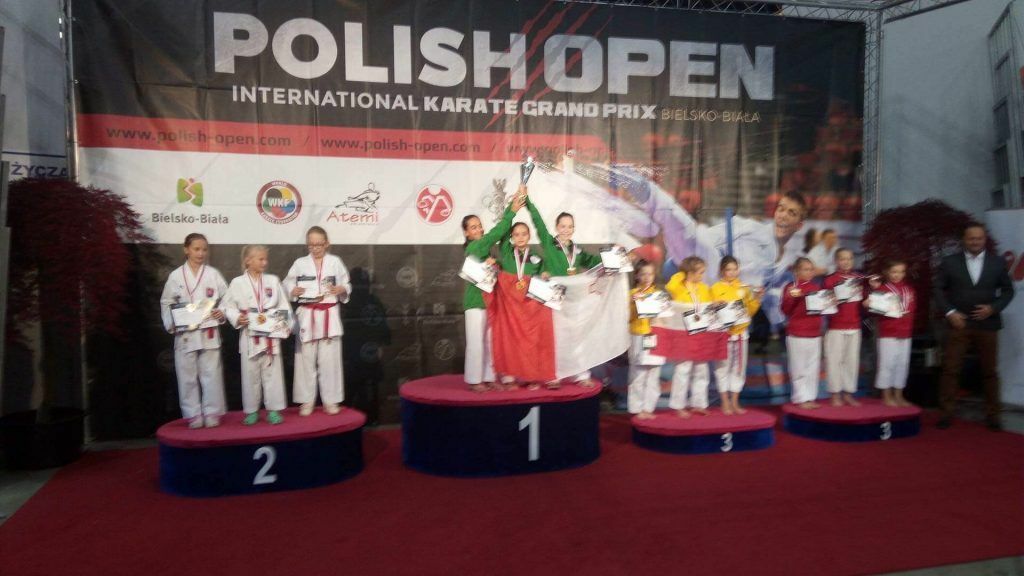 COPYRIGHT ©MKF 2022. ALL RIGHTS RESERVED.
DESIGNED WITH LOVE BY DESIGN THE ROCK.